Why Miami is the Next Tech Hub 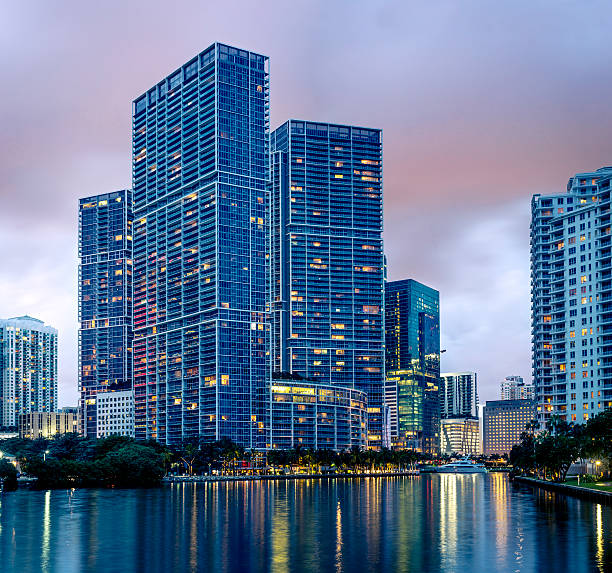 It is evident that many people had “aha moment during” the Pandemic, as this life altering year served as the catalyst for major population growth in the sunshine state. In fact, Florida’s population grew by 241,000 between July 2019 and July 2020. So, the people who decided life was too short to shiver through half the year, paved the way and now businesses are following.  Tech companies, in particular, are making the migration south—and not just anywhere: Downtown Miami.

According to the Miami Downtown Development Authority, 17 business are committed to bringing 1,858 jobs to Miami over the next three years and most of them in the tech sphere. These jobs will be doling out some serious dough, with an average salary of $128K, 96% above the city’s current average. But this does not just happen by accident.

The Miami DDA recruited those companies through its Follow the Sun campaign. Launched in September 2020, this initiative offers cash incentives and logistical support to businesses that relocate or expand to Downtown Miami. These incentives are designed to reward business that create jobs for people based in Miami, which will only further encourage the migration south of young professionals looking to incorporate beach days to their weekend routines.

The Miami DDA could not confirm the names of the 17 companies committed to relocating, due to confidentiality in accordance with Florida law. However, they provided code names and descriptions for 10 of the businesses. Below is an expert from the South Florida Business Journal and their best guess at what companies are behind these cryptic monikers:

Project Limelight, an international finance and media tech firm that is relocating its headquarters from New York City.

Project Telefon, a health care tech company with roots in Ireland and Germany, that will move its new global headquarters in Miami.

Project Mint, a San Francisco-based financial tech firm focused on cryptocurrency. This could be OkCoin, a cryptocurrency trading platform that opened an office in Brickell for its 10 employees.

Project Sylvester, a New York-based alternative investment firm that will open its first office in Miami.

Project Vigor, a California-based health and wellness company, will open a regional headquarters and employ 50 people. This could be Barry’s Bootcamp, a popular fitness studio that recently told the Commercial Observer it will move its headquarters from Los Angeles to Miami.

Nestled between Bayfront Park, Brickell City Center and The World Center—Downtown Miami has been left relatively untouched during Miami’s extensive development, until now. In fact, this neighborhood is a real estate investors dream: the Miami DDA initiatives, Follow the Sun and Downtown Miami Revitalization, in tandem with the billions invested by the private sector, makes the neighborhood destine for prosperity.