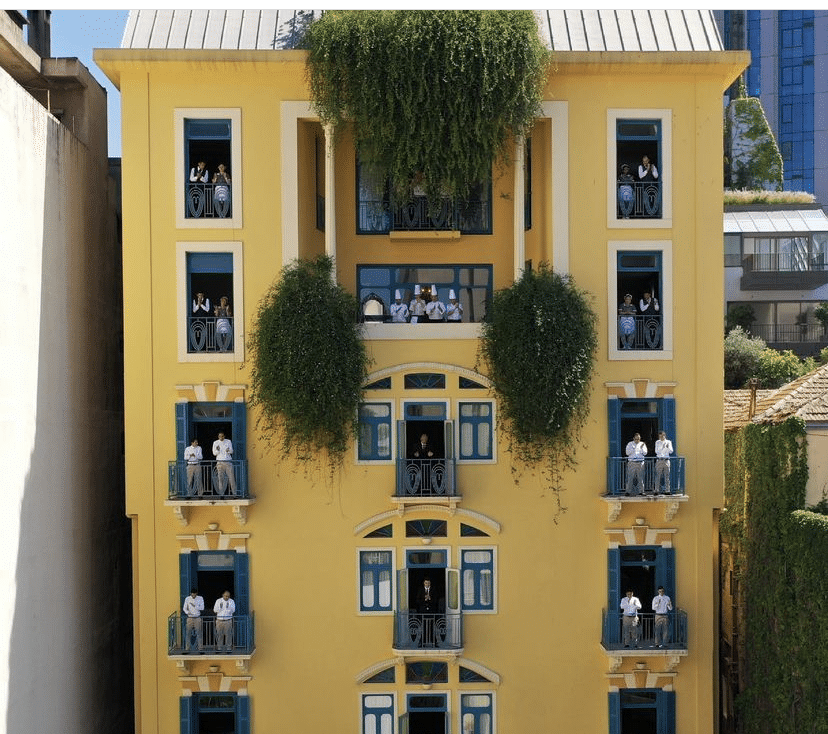 As you already probably figured, we are obsessed with improving communities. The thrill of seeing buildings that otherwise would have been demolished and forgotten, being saved and brought back to life is our favorite part of real estate development.

Adaptive reuse is the fancy name we use in the industry for the process of repurposing a building for viable use in modern times, without losing its original character. Adaptive reuse is beneficial to communities because it maintains the area’s cultural heritage, prevents properties that might be part of the fabric of the community from falling in decay or being demolished, and organically improves the value of the neighborhood.

Now, without further ado, this is our list of favorite adaptive reuse hotels: 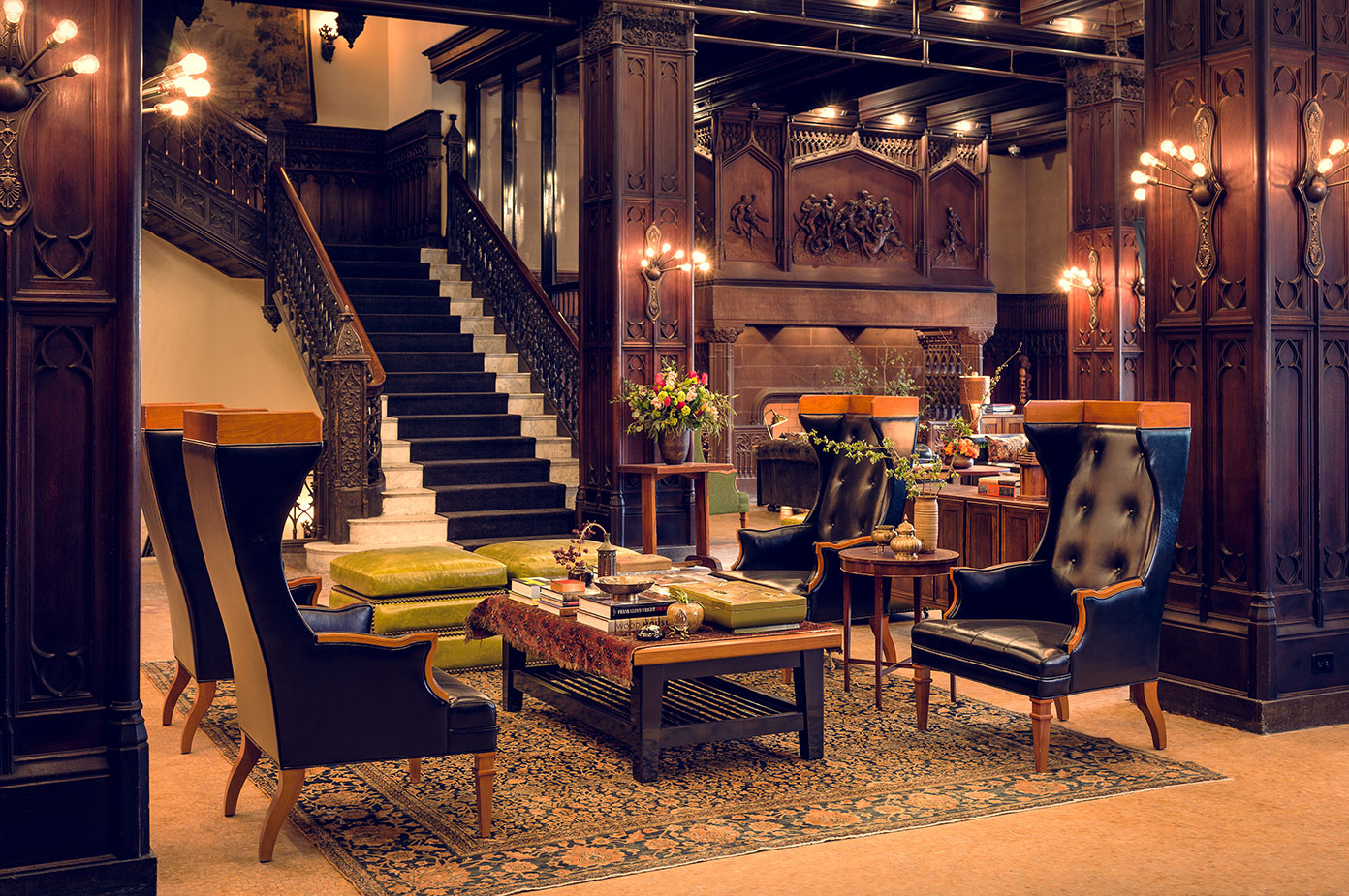 This 1893 Henry Ives Cobb design icon created in the post-Great Chicago Fire was built in the 1890s. Its Venetian Gothic style, once housed an exclusive sportsmen’s club. The façade was patterned after the palace of the Doge in Venice—the most notable feature being its crisscrossing arched windows. The vintage sports themed design was created by Roman + Williams

Award winning Universal Design Studio  converted a 1970s bank into a high-end, 343 room hotel by combining the building’s brutal style architecture with one of Europe’s most ambitious hotel art collections. The property was derelict for years until Nordic Hotels and Resorts bought it in 2015 and transformed it into a luxurious destination that offers a “thought provoking, contemporary version of a metropolitan grand hotel”.

Belmod Palacio Nazarenas was built on ancient Inca foundations. It became palatial private home in the 1500s, before the Jesuits converted it into a school in 1644, which then became a convent in 1715—and all this rich history is preserved. Guest will find colonial frescos, gold-framed paintings, and original Inca stonework. The 55-suite hotel expertly blends Peruvian style design with relaxed elegance. The result of years of careful restoration and adaptive reuse are truly a feast for the eyes.

The Liberty Hotel, once home to some of Boston’s most infamous inmates, is formerly known as the Charles Street Jail. It was completed in 1851 from a collaboration between architects, Gridley James Fox Bryant and Rev. Louis Dwight. The mid 19th century property was renovated in 2007, preserving the most significant elements of the original building, including the jail cell facades that house the hotel restaurant and the jail’s former exercise yard which is now a landscaped hidden garden. 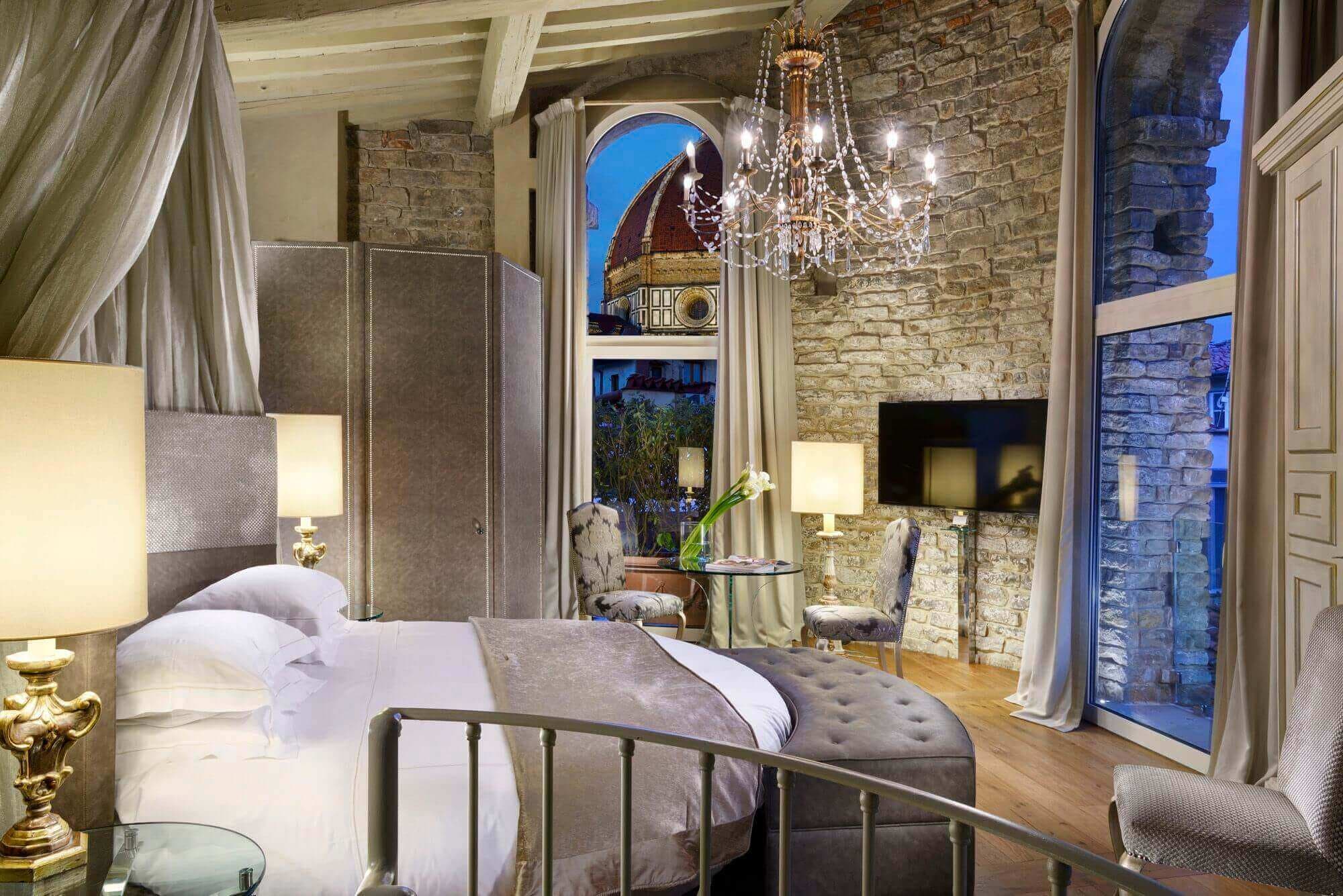 Located in the historic heart of Florence, this property is a reconstructed 6th century Byzantine tower and Medieval church dating from 1400. It was converted to a 96-room high-end boutique hotel with views of the Duomo and remodeled in 2013. The atmosphere of this adaptive reuse reminds you of the value of saving history.

As most adaptive reuse projects, this hotel became the neighborhood’s cultural hub. Sustainably designed by Melbourne architects, Breathe, the hotel is housed in an Art Deco building that used to be the headquarters of Paramount Pictures Studio and is connected to the Golden Age Cinema and a subterranean bar. The building is now crowned with a distinctive latticework. 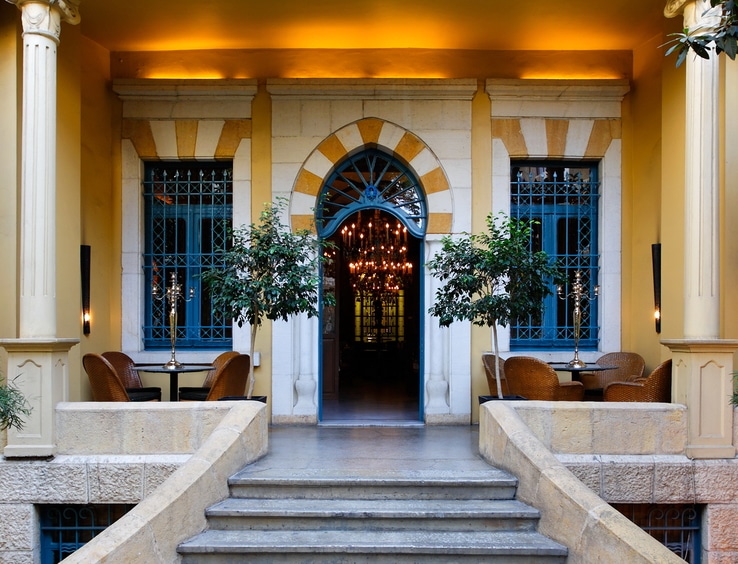 The Hotel Albergo is an adaptive reuse of a 1930s mansion in the ancient Achrafieh quarter (one Beirut’s oldest districts). It offers traditional Beirut-style architecture: warm ochre shade, wrought iron balconies, a majestic Ottoman portico, and an Art Deco stairwell. The ground level includes a library style bar, and the rooftop has a recently restored turquoise swimming pool surrounded by figs and orange trees. 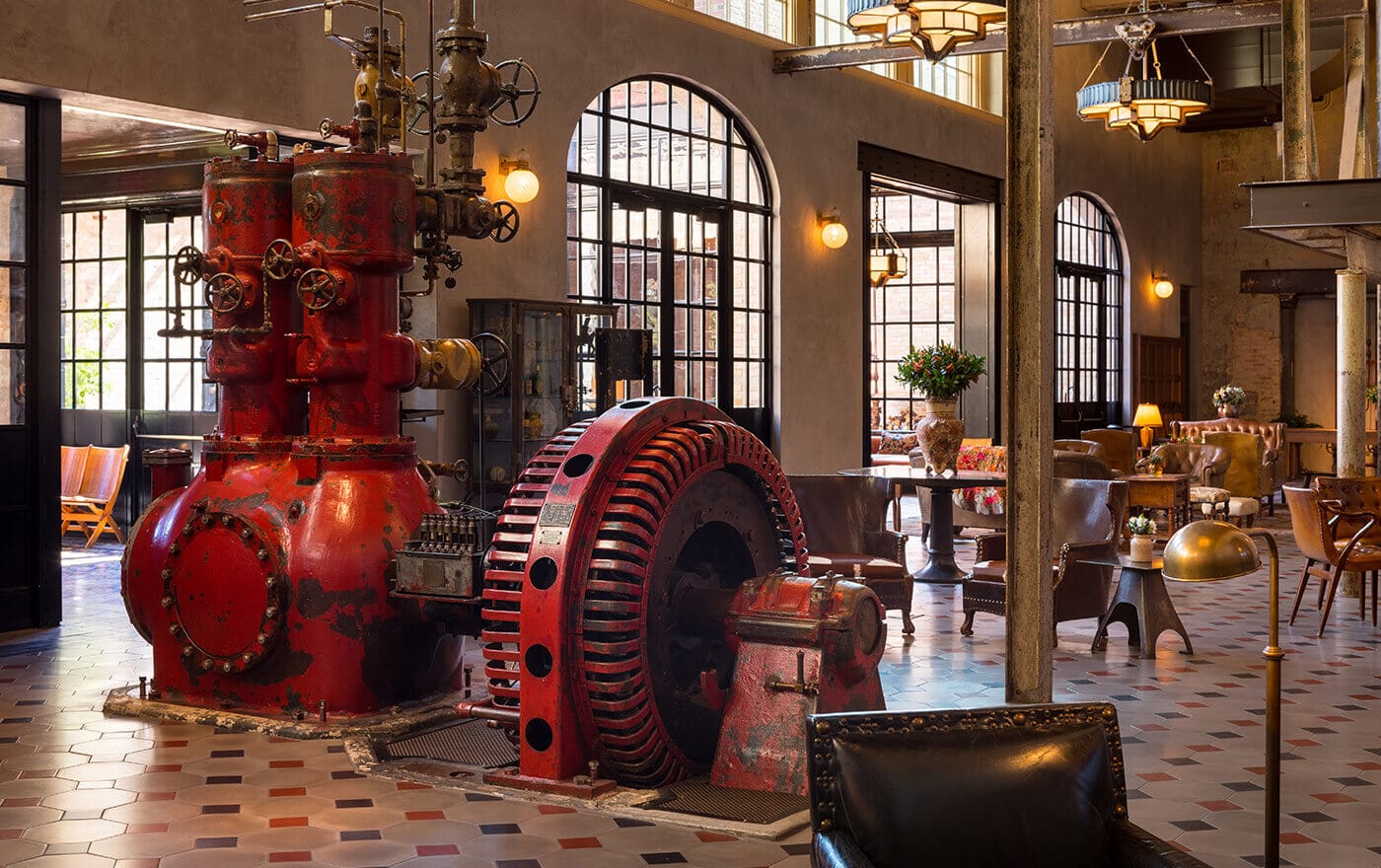 Housed in the old Pearl Brewery, this 146-room hotel is named in honor of Emma Koehler who ran the brewery after her husband and, Pearl president, Otto Koehler died in 1914. A local hero after she managed to keep her entire staff employed during the prohibition. Emma made Pearl to be the only brewery to survive the era. After being open for more than 100 years, Pearl closed its doors in 2001 until it reopened as a hotel. The Emma is the product of Roman + Williams. 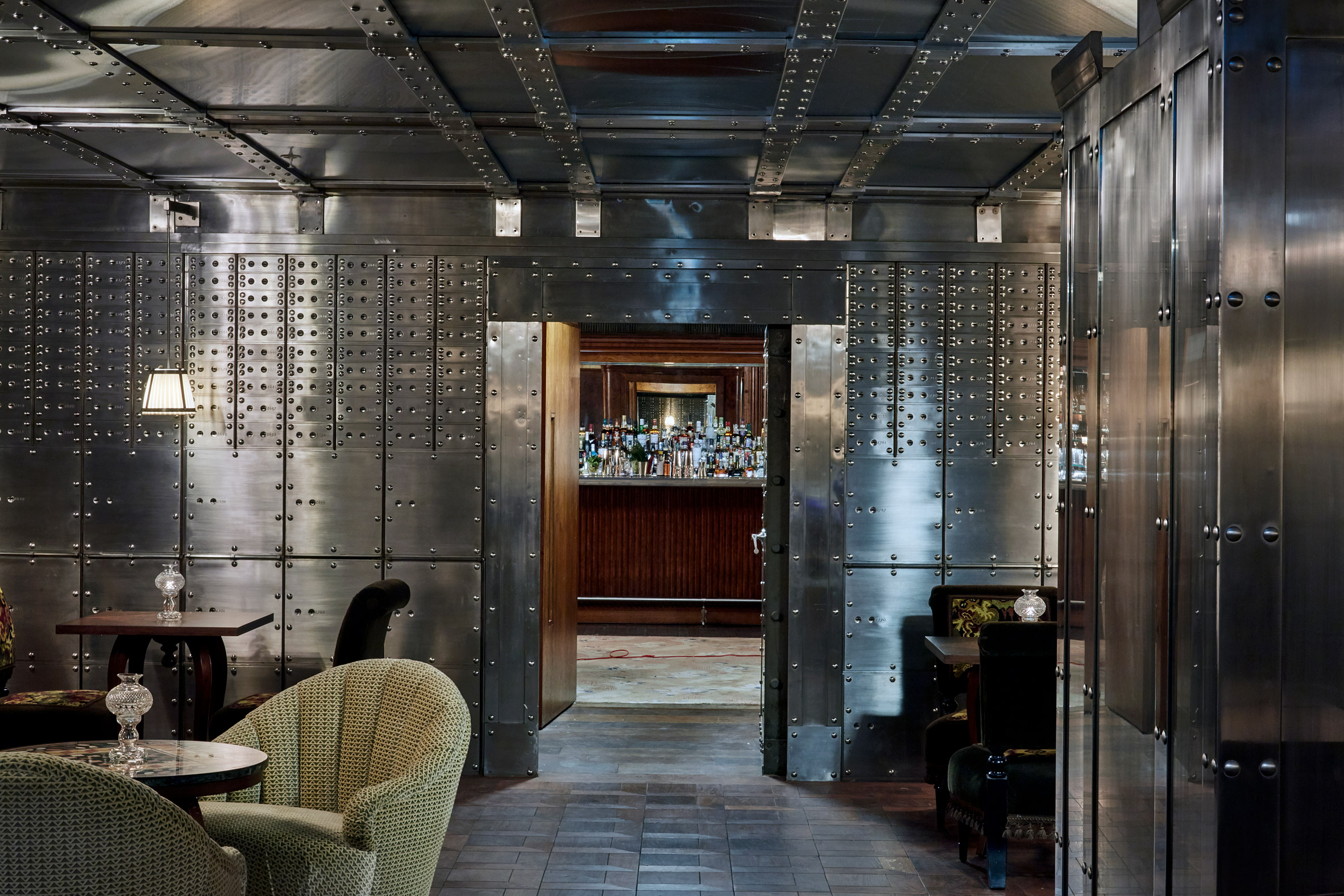 During a trip from Soho House, founder Nick Jones, stumbled upon an abandoned architectural masterpiece now known as The Ned. Jones converted the old Midland Bank into a hotel named after its original architect Sir Edwin “Ned” Lutyens. A perfect example of fiscal architecture from 1924, reemerged as a vibrant 250-room hotel. The Ned renovation was designed by award winning EPR Architects. 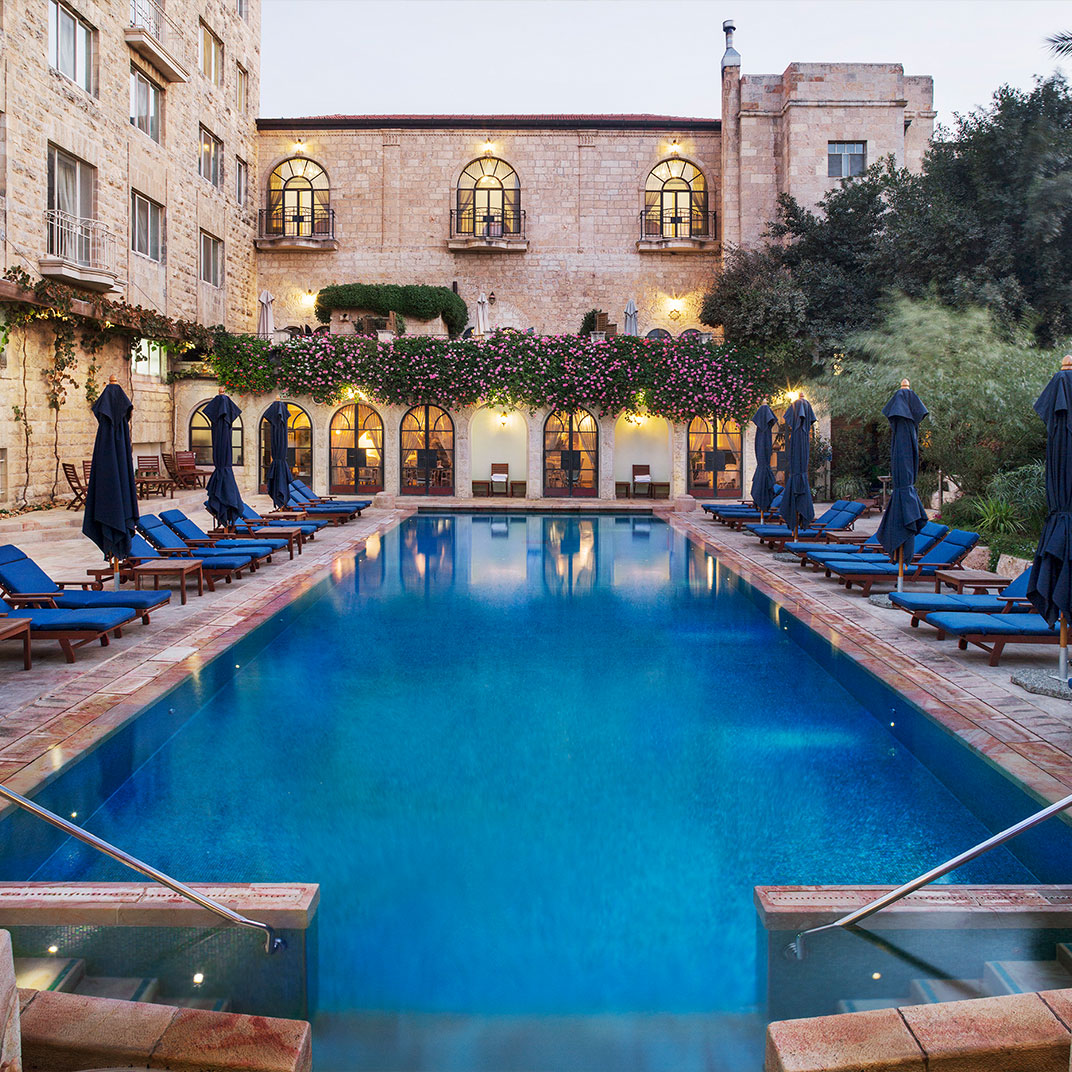 Originally the lavish home of Rabbah Daoud Amin Effendi al-Husseini and his four wives. The mid 19th century building was built on the ruins of an older Ottoman style building (parts of the original wall can still be seen) and was purchased in 1895 from Husseini’s family. In the following century a new building was added adjacent to the historic building and converted into the American Colony Hotel.

The House of MG is located in one of the oldest buildings in Ahmedabad, and was originally built as the home of a wealthy textile magnate. The careful restoration by a local craftsmen took over two decades in order to ensure preservation of its old-world charm. Even the furniture and fabrics are mostly hand made from repurposed materials.

The historic Beaux Arts building that used to be the headquarters of the Miami National Bank was abandoned for more than 10 years and about to collapse, until local developer, Stambul transformed it into a 126 rooms hotel. The project required the structural restoration of 90% of the building and a crew of local artisans to replicate the original ornaments and moldings of the building. The Langford Hotel transformation included a rooftop bar with views of Miami and a high energy restaurant inspired on Miami’s founder Henry Flagler. 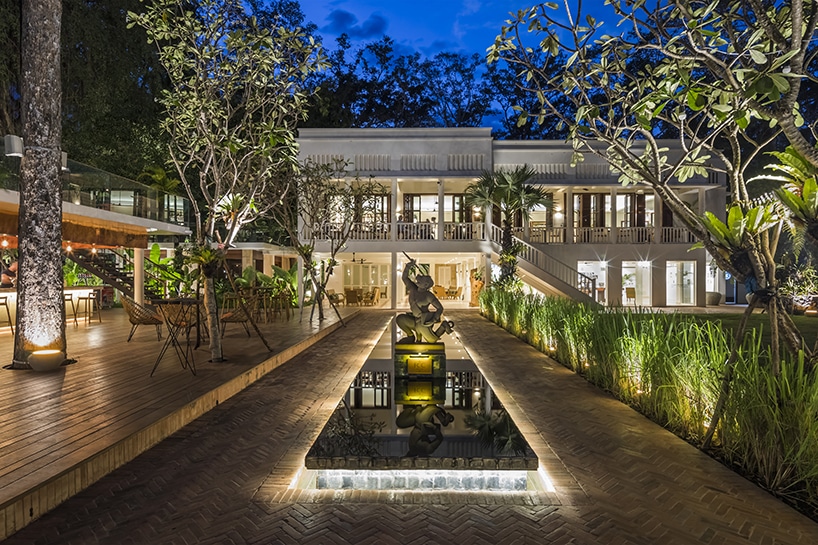 Housed in the former French governor’s mansion and renovated in its original neo-colonial style, the old Foreign Correspondent Club is surrounded by calm gardens and courtyards. The adaptive reuse done by Bloom Architecture successfully redesigned the project as a continuation of both previous architectural eras: the colonial architecture of the mansion and the tropical modernism. 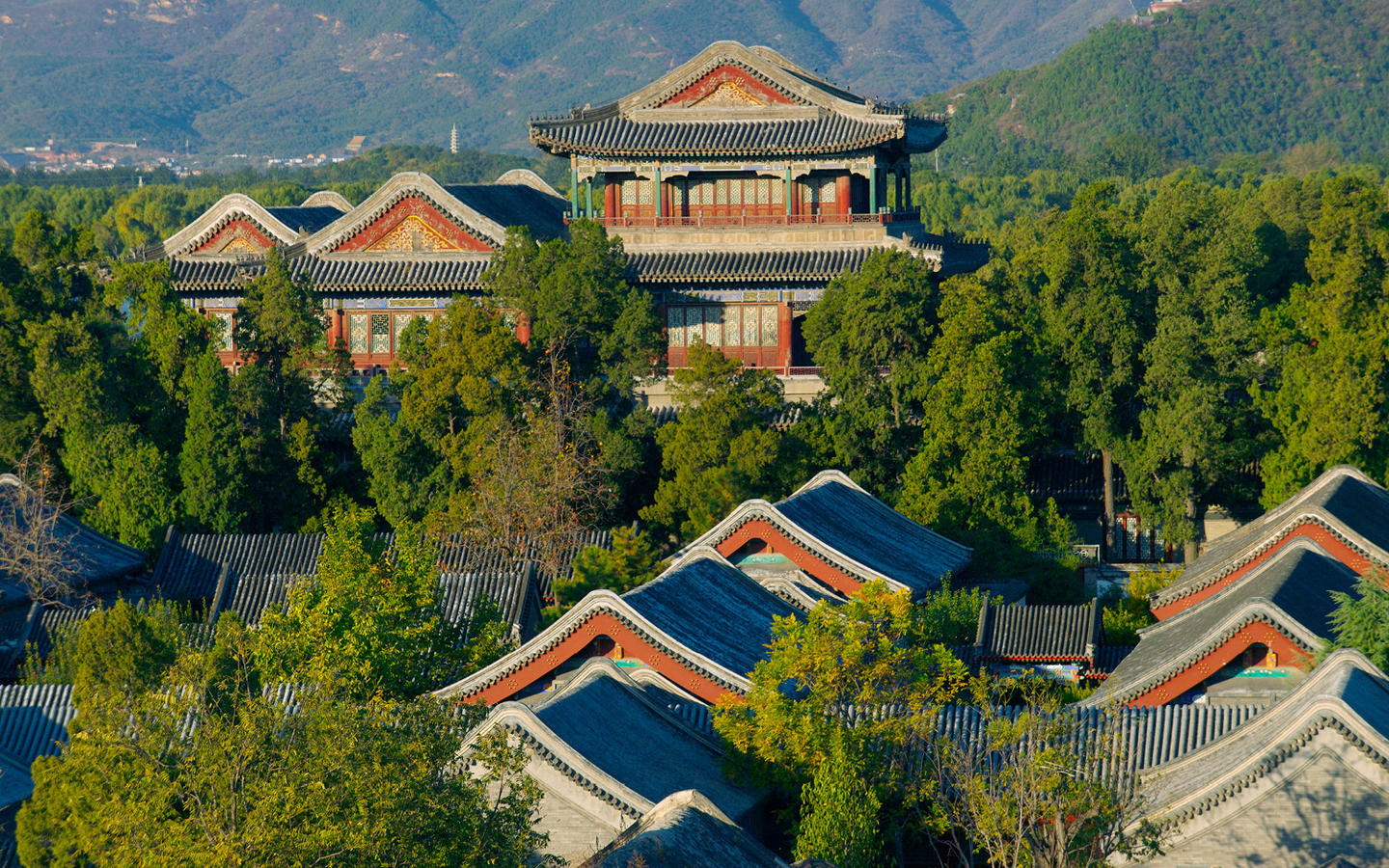 Part of the Eponymous UNESCO World Heritage Site campus, with a direct private entrance to the historic palace, this hotel will make you go back in time and feel you are strolling along the gardens with the members of the ruling Qing Dynasty. The old pavilions that more than 100 years ago accommodated the guests to the famous virtual ruler of China, the Empress Dowager Cixi, “Dragon Lady”. The rooms are decorated in traditional Chinese style and the service and details nod to the heritage of the property by carrying the luggage to the room by a rickshaw bicycle and by leading the guests after dusk to their pavilions by the glow of red lanterns carried by the friendly hotel staff.